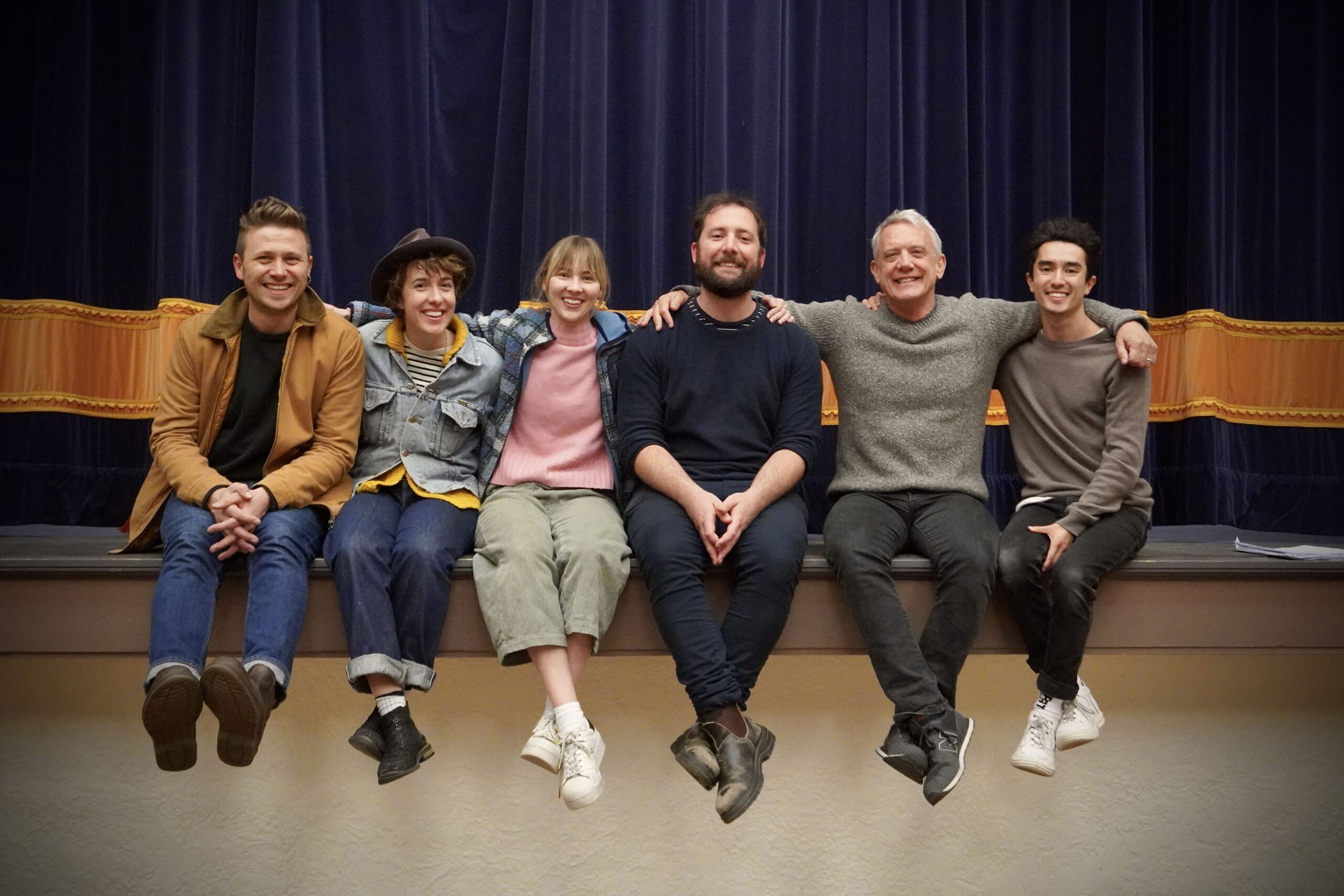 The third of our four Regional Touring Residencies saw writers Phil Spencer and Julian Lanarch head out to the small town of Junee in NSW’s Riverina region (just North of Wagga Wagga), to work with Director Scarlet McGlyn on a new family dramedy – a heart-warming new story described as a philosophical conundrum neatly wrapped in a farce. The performance team included the incomparable Simon Burke, Holly Austin, Julia Robertson, and Jeremi Campese, and we’re thrilled with how their week in the country turned out.

A huge thanks is owed to Junee Shire Council and the team at the newly renovated Athenium Theatre!

“Before starting the development for ‘The Oyster’, we tried to be completely honest with the creative team and frequently described the draft script as a “red herring”. Yes, it had characters and page numbers, but we knew that there were giant holes in the story logic and some truly bloody awful jokes in there. The aim was to use this week to drive a dramaturgical plough through the play and unearth the most playful and theatrical elements hiding away in the draft.

What better place, we thought, to develop a play about a rural (German) town facing civic unrest and generational turmoil than in a regional (Australian) town with a newly renovated theatre and six pubs. We were lucky to have four tremendous performers in Holly Austin, Jeremi Campese, Julia Robertson and Simon Burke and an experienced new work director Scarlet McGlynn (via zoom) to pull this draft apart over five long working days.

Listening is one of your greatest tools as a theatre maker, and as a creative team we gobbled up every little morsel and included it in the show. This added more than just a note of familiarity to the shows content but more importantly it warped the show into a relevant and urgent piece of theatre. But most importantly our aim was not to be interlopers, we weren’t just city slickers taking a faux interest to deliver a cheap comedian’s joke, we became quick fans and champions of this community by listening.

Our week ended with dinner at the mayor’s house, a glass of shiraz in his elevator accessed wine cellar and a piece of wildly colourful Bush poetry that we won’t soon forget.”

The Regional Touring Residencies are one of the ways Critical Stages Touring is contributing to a vibrant, resilient, and exciting independent theatre sector. The productions, each at various stages of development, will undertake a week-long residency at a matched regional or rural location, with four such projects set to complete their projects before April 30.

Each one has been selected for their ingenuity, artistic merit and exploration, and for their potential to connect with and engage regional communities. The program is an exciting new extension of Critical Stages Touring’s commitment to discover and develop outstanding independent theatrical experiences for audiences everywhere. It has been made possible with funding from the NSW Government’s RESTART fund through Create NSW.

Picture below: Images from the development of The Oyster at the Athenium Theatre in Junee, NSW. Images by Julia Robertson.

Phil Spencer in the AtheniumTheatre, Junee, for the regional touring residency for The Oyster, in Junee NSW

Julian Lanarch in the AtheniumTheatre in Junee, for the regional touring residency for The Oyster.

Jeremy Campese plays the cello during the regional touring residency for The Oyster, in Junee NSW

Julia Robertson in the AtheniumThetare the regional touring residency for The Oyster, in Junee NSW

Jeremy Campese on break at the regional touring residency for The Oyster, in Junee NSW

Simon Burke during the the regional touring residency for The Oyster, in Junee NSW