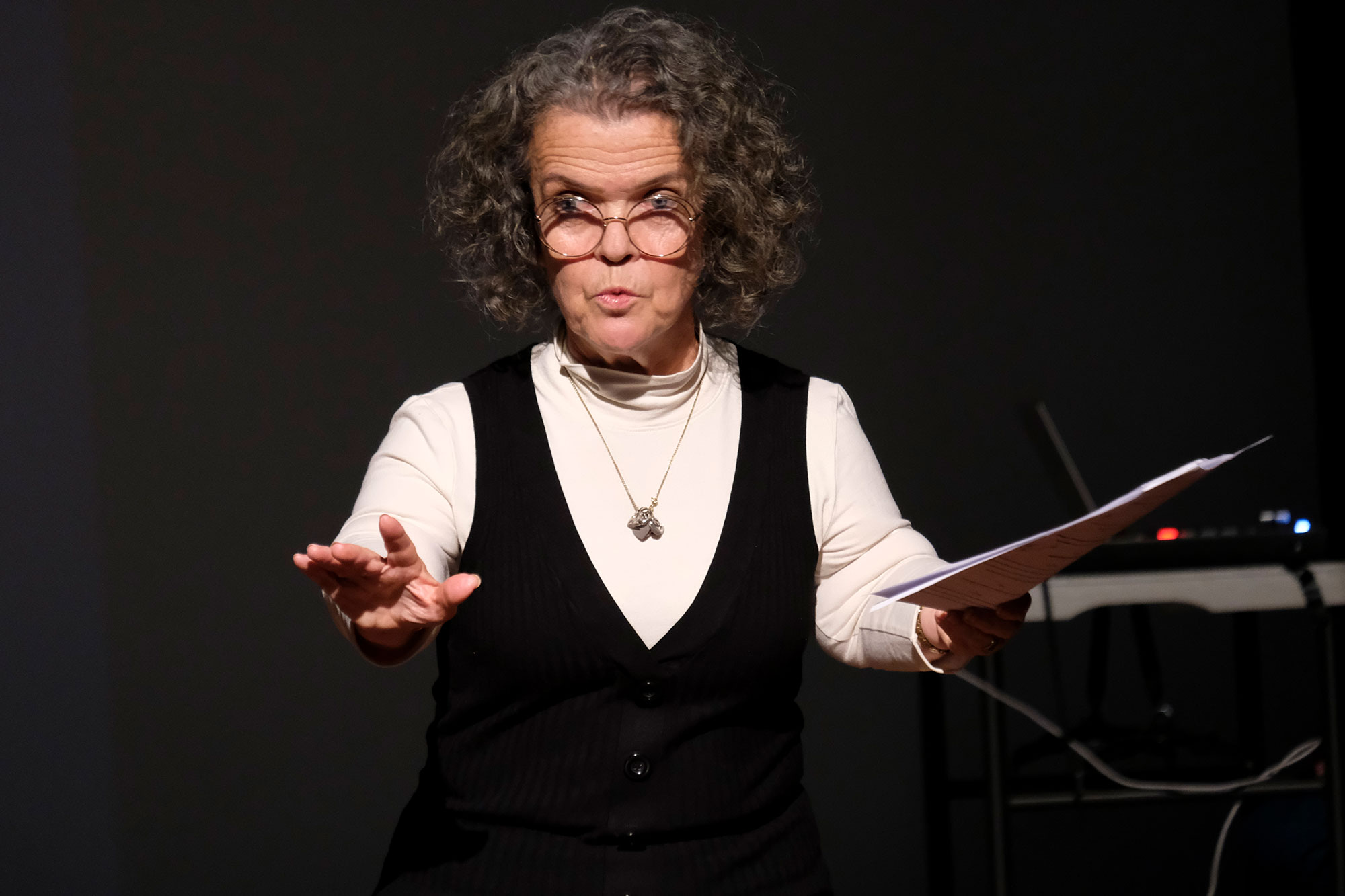 A huge thanks is owed to Civic Centre Manager Jonathan Llewellyn and the team in Cowra for the warm welcome and support!

“Spending a week in Cowra to develop the performance work ‘Little Things Matter’ was an opportunity approached with anticipation for the indulgence of creative time and surrounds that were being offered to us.

The township of Cowra prides itself on being welcoming to visitors, set in attractive environs and having a prominent role in Australia’s WWII efforts – being the place of the largest prisoner of war breakout in modern military times. This picturesque place delivered everything it promised.

Jonathan Llewelyn, Manager of the Cowra Civic Centre was a generous, good humoured and supportive host and the facilities made available throughout our stay ensured the creative process progressed smoothly and optimally. Having a full stage, lighting, projection and sound technologies meant ‘Little Things Matter’ moved far beyond the scripted monologue with which we began the residency.

Our creative focus for the week was to evolve the script of ‘Little Things Matter’ to address issues of medical interventions/abuses for dwarfism; reveal internal monologues, self-affirmations and coping strategies employed by people with dwarfism in the face of discrimination and abuses; and focus upon introducing physicality and movement as integral to the narrative. To these ends we experimented with three new scenes for ‘Little Things Matter’.

When we were joined on day three by Paul Prestipino the sound artist for ‘Little Things Matter’, our energies became focused on conceptualising and recording the soundscape for the new scenes resulting in further experimentation with ambient sound and its different roles within the narrative of each new scene.

On the final day of the residency, members of the public joined us for the creative development showing of ‘Little Things Matter’ and were invited to provide feedback on their impressions and experience.

The audience for the viewing were very appreciative and provided us with sometimes quite personal insights to their limited understanding and experiences of people with dwarfism prior to the showing and the new insights provided by ‘Little Things Matter’. The extent to which audience members were comfortable enough to share their own stories of social exclusion was quite humbling and provided confidence that the new developments in narrative and performance structure were effective. Audience members identified potential further developments for the work such that extended conversations were had about the inclusion of live camera feed, points for comic relief and extended physical performance.

The residency offered by Critical Stages Touring has been critical in moving what had commenced as a 7-minute short film of a scripted monologue titled ‘Little Things Matter’ into a cross artform performance with 4 distinctly visually and emotionally engaging scenes.

The Regional Touring Residencies are one of the ways Critical Stages Touring is contributing to a vibrant, resilient, and exciting independent theatre sector. The productions, each at various stages of development, will undertake a week-long residency at a matched regional or rural location, with four such projects set to complete their projects before April 30.

Each one has been selected for their ingenuity, artistic merit and exploration, and for their potential to connect with and engage regional communities. The program is an exciting new extension of Critical Stages Touring’s commitment to discover and develop outstanding independent theatrical experiences for audiences everywhere. It has been made possible with funding from the NSW Government’s RESTART fund through Create NSW.

Images are from the development of Little Things Matrer at the Cowra Civic Centre in NSW. Images by Robert Brindley.