We’re starting with podcast titles A to P so check back to see the full A to Z list over the coming weeks!

Want future podcast and streaming highlights news delivered to your mailbox?
Sign up to the Critical Stages e-news here.

Presented by Anthea Williams, Activated Arts is a 30-minute program that explores and showcases the extraordinary talent and distinctive work of professional arts practitioners with disability and/or who are Deaf. The show goes out live on Sydney’s Radio 2RPH  twice monthly, and podcasted on the first Friday of every month. 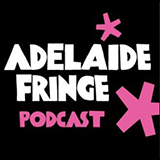 Go behind the scenes of one of the world’s largest fringe festivals and hear from the staff, ambassadors and artists that make it happen. Broadcast weekly during the festival it’s the first place to hear about what’s hot, what shows have audiences talking, and who’s winning the weekly Fringe Awards. 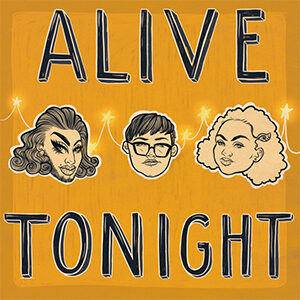 Alive Tonight has it’s finger on the pulse of performing arts creatives breathing night life into the coolest little capital in the world: Te Whanganui-a-Tara / Wellington NZ. Alive Tonight is a podcast dedicated to understanding what it means to be an artist in Wellington, looking specifically at craft and how to survive as a professional maker both pre- and post-COVID.
Google  |  Spotify  |  Facebook 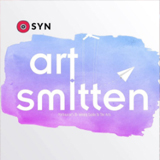 Art Smitten is SYN Radio’s biweekly guide to arts, culture and entertainment in Australia and around the world. With a focus on youth and emerging arts, they showcase culture ahead of the curve. Whether it’s theatre, film, fashion, photography or Fauvism you’re into, Art Smitten is the place!
Apple |  Google  |  Spotify  |  Facebook 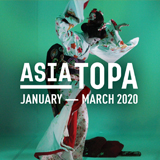 The Asia-Pacific Triennial of Performing Arts—or Asia TOPA—settled into MPavilion for an action-packed month-long residency in 2020. As part of the residency they recorded two MPavilion takeovers featuring a round table of artists, cultural professionals and producers at the forefront of the Asian-Australian narrative.
Google  |  Soundcloud 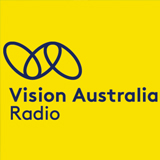 Hosted by Chris Thompson, the official podcast of Theatre Network Australia invites leading performing arts makers from around the country to chat about current affairs and trends in the Aussie industry, explore their work and creative practices, and fill us in on what we need to know right now.
Find the latest episode at www.tna.org.au 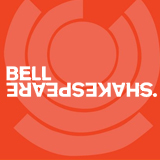 Speak The Speech celebrates Shakespeare’s greatest speeches with Australia’s best-known actors. In each episode Associate Director James Evans is joined by an actor from the Bell stage to dissect some of the most powerful language Shakespeare ever wrote and investigate how these beautiful words and ideas are brought to life on stage more than 400 years later. New episodes released fortnightly on Tuesdays.
Apple   |   Spotify 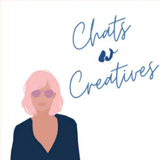 Chats with Creatives, hosted by Bronte Charlotte, invites artists to chat about living as creative humans in a capitalist society, the experiences we have and insecurities we hold, a place where we have open and inclusive conversations to learn, understand, educate and connect.
Apple   |    Spotify    |    Google 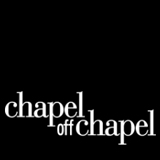 CHECK IN WITH CHAPEL

No need to venture out to get intimate with the artists from Melbourne’s iconic theatre venue. Produced during iso in 2020 the series includes interviews with Sara Ward, Craig Hill, Thando and Christie Whelan Browne to name a few.

Stream all episodes now at www.chapeloffchapel.com.au 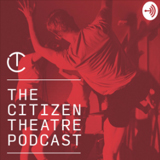 Take a deep dive with Tomas Parrish into the people behind the magic at Citizen Theatre, with guests ranging from performers, designers, stage managers, and more. Unearth the beauty that lies behind all aspects of Citizen Theatre and its artists, and what moves them.
Spotify    |    Google 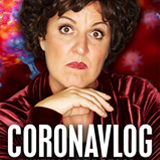 Fictional star Jan van de Stool, Dutch/Australian Musical Therapist, is no stranger to fame. But she has always ‘kept it real’ by presenting self-help workshops at her local Munudji Scout Hall in Woy Woy, where, over the years, she has helped, literally, tens of people. Now, she’s here to help us through 2020 with a video podcast we never knew we never needed.
Vimeo 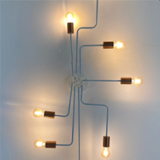 Adam Dear is a Sydney-based actor and director who is fascinated with understanding how people think and create in the 21st-century. Adam interviews creatives and intellectuals across Australia and the globe. Guests have included Gretel Killeen, Trevor Ashley, Darren Yap, and John Sheedy to name a few.
Podbean    |    Spotify 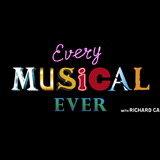 Each week, host Richard Carroll discusses a different musical with smart and hilarious guests, including Joel Creasey, Lucy Durack, Leigh Sales, David Campbell, Virginia Gay and Julia Zemiro. Each musical gets an in-depth going-over – from deconstructing the minutiae of the plot, to fan-girling over the songs, reminiscing about the impact of the musical on our lives, and interrogating the unanswered questions we’ve always wanted resolved.
Apple 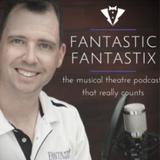 Passionate for podcasts? Can’t go past a good countdown? Hold onto your hat because Fantastic Fantastix has hit the airwaves. A 360 degree look at musical theatre delivered as a Top 5 countdown on a wide range of topics from onstage, backstage, front of house and all the other aspects of putting on a production.
Google    |    Spotify 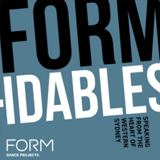 Join Award winning Western Sydney slam poet Pola Fanous in lively duet conversations. FORMidables is about life, passion, the universality of dance language, what it means to be a young artist in a cosmopolitan Australia and the lessons we can take from the artists who contribute to the vibrancy of art making in Western Sydney.
Listen to the series at www.form.org.au and Spotify 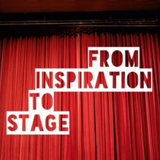 FROM INSPIRATION TO STAGE

Listen to Melbourne’s Drew Lane, award winning musical theatre composer and producer, as he explores how musicals are written and presented – from inspiration to stage – with guest interviews, deep-dive topics, and practical tips.
Google    |    Spotify    |    Apple 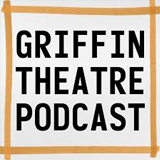 Griffin is the only mainstage theatre company in Oz entirely devoted to producing new Australian plays. Many of this country’s most beloved and celebrated artists started out on their stage-Cate Blanchett, Michael Gow, Louis Nowra, David Wenham. Now all that theatre goodness is wrapped up in a new podcast series that opens up the Stables Theatre for some in-depth behind-the-scenes interviews.
Google    |    Spotify    |    Apple 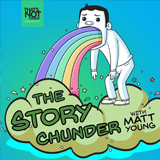 Every week in Brisbane storytellers take to the chunder stage to test their tales. A new collection of stories goes up every week, and it’s never the same. 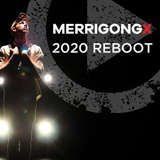 Merrigong Theatre Co are working with MERRIGONGX 2020 artists to produce and release a series of Digital Tasters of new works in development, allowing audiences to experience a glimpse of the works that will be performed in the future. MERRIGONGX is Merrigong Theatre Company’s annual artists’ program. It focuses on supporting artists to take creative risks.
Apple    |    Google    |    Spotify 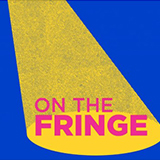 Hosted by Sydney Fringe Team members Charley Sanders and Tiera Boo ‘On the Fringe’ is a collection of experiences and stories that talk to the core of Sydney and our creativity. On the Fringe features a few rotating segments; from conversations with leading performance makers to short-form interviews with prominent Sydney musicians and their songs as well as a range of audio art including radio plays, storytelling, short stand up (or sit down) sets and spoken word. Listen at www.sydneyfringe.com/projects/on-the-fringe-podcast/ 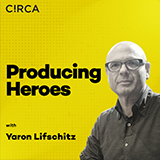 Produced by Australia’s Circa, and hosted by artistic director Yaron Lifshitz, Producing  Heroes  is a podcast dedicated to creative producers who make impossible things happen. Every day these intrepid theatrical alchemists harness the energies of artists, hustle opportunities, dream dreams and translate them from  ideas  into shows.