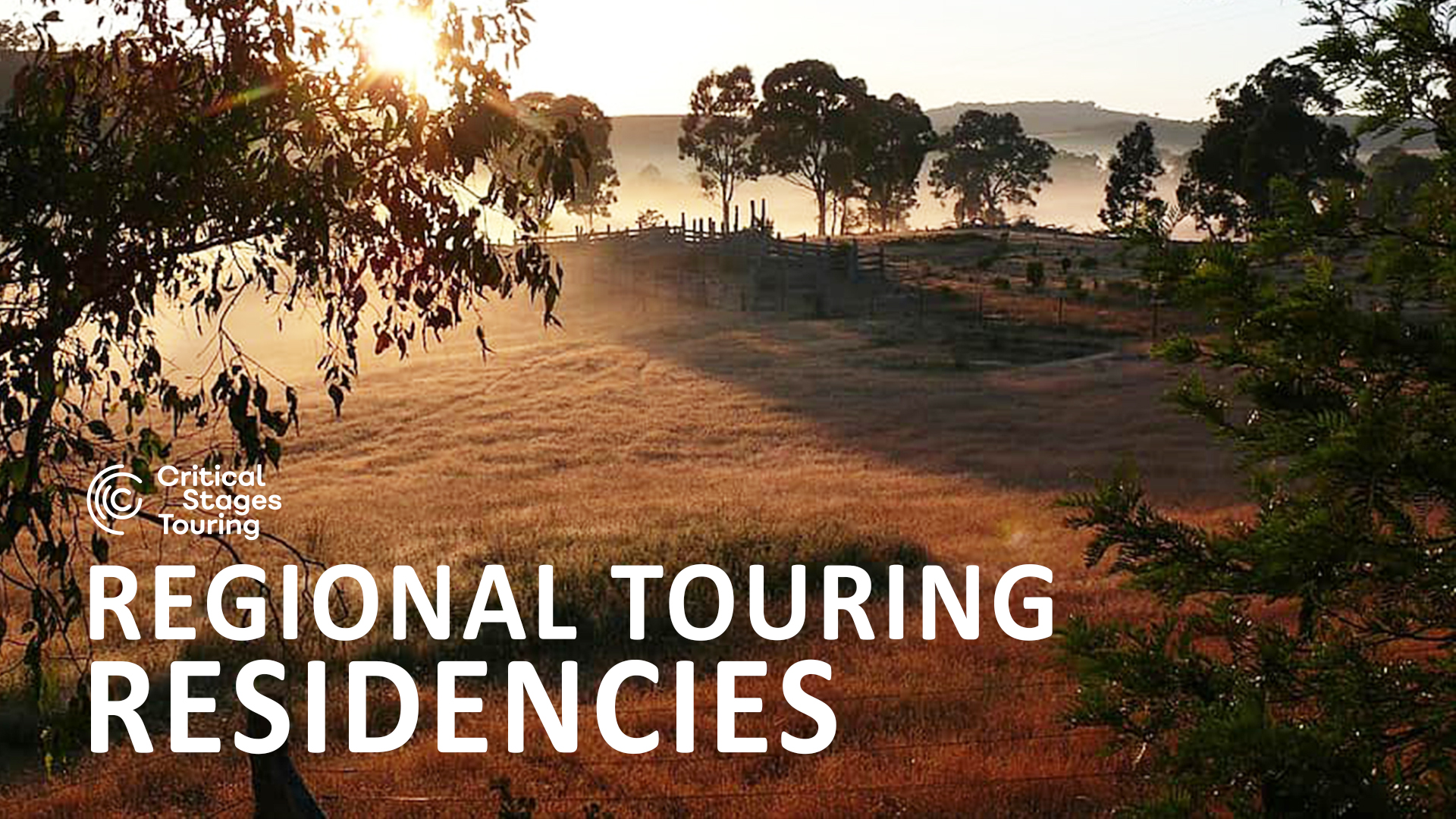 We’re thrilled to announce the four theatre makers who will benefit from fully-funded developments of new theatrical experiences, to be completed in partnership with regional venues across New South Wales. The productions, each at various stages of development, will undertake a week-long residency at a matched regional or rural location, with residencies running from March 16th through to April 30th.

Each has been selected for their ingenuity, artistic merit and exploration, and for their potential to connect with and engage regional communities. The program is an exciting new extension of Critical Stages Touring’s commitment to discover and develop outstanding independent theatrical experiences for audiences everywhere.

The first project matched award-winning children’s theatre producers Matriark Theatre Company with the Laycock Street Community Theatre in Gosford.  Lead Artist Scott Parker will work with four artists to complete the development of The Lighthouse at the End of the World. Combining micro-puppetry, digital media, and live music, ‘Lighthouse’ explores the things we can learn from those often overlooked in the name of progress. A showing of the work was performed at the theatre on March 20th.

From the 22nd March, Bathurst Memorial Entertainment Centre hosted emerging playwright JoJo Zhou for the development of Sunlit, a new play inspired by the school strikes for climate change that inspired the nation in 2019. Weaving poetry, humour, and science, Sunlit employed three young local performers, under director Bernadette Fam, to bring to life a story set in a future of rising oceans, mystery, and responsibility.

In the Riverina town of Junee, just north of Wagga Wagga, writers Phil Spencer and Julian Larnach will be in residence at the historic Athenium Theatre with The Oyster. Bringing together actors and local musicians, Spencer and Larnach will be working on a new interactive and participatory comedy described as a philosophical conundrum wrapped in a farce. This play with songs will warmly interrogate our ideas of nationhood, politico-military mythology, and the cost of personal sacrifice.

The final residency will take place in the Central Western town of Cowra, at the newly invigorated Cowra Civic Centre. Director Katrina Douglas and writer/performer Debra Keenahan will be crafting a one-woman show that draws on Keenahan’s lived experience of Dwarfism. A stage extension of the short film Little Things Matter, currently available for viewing at the Museum of Contemporary Art, this new work will use first-person storytelling for a darkly comic exploration of casual prejudice and stigma management to prove that what ultimately matters is self-acceptance and respect for difference.

Chris Bendall, CEO of Critical Stages Touring, “It’s due to the RESTART fund from Create NSW that we’ve been able to extend our support for the creation and development of new stories for our stages,” he said, “We were overwhelmed with the high number, and outstanding quality, of the applications we received. To be able to partner these amazing theatre makers with great regional venues also means we get to make these stories in the towns and communities that are the creative heartbeat of our state.”

Picture below: Images from the development of The Lighthouse at the End of the World in Gosford, and Sunlit, in Bathurst.

The team working on ‘Sunlit’ in Bathurst

The Sunlit team take questions after the reading