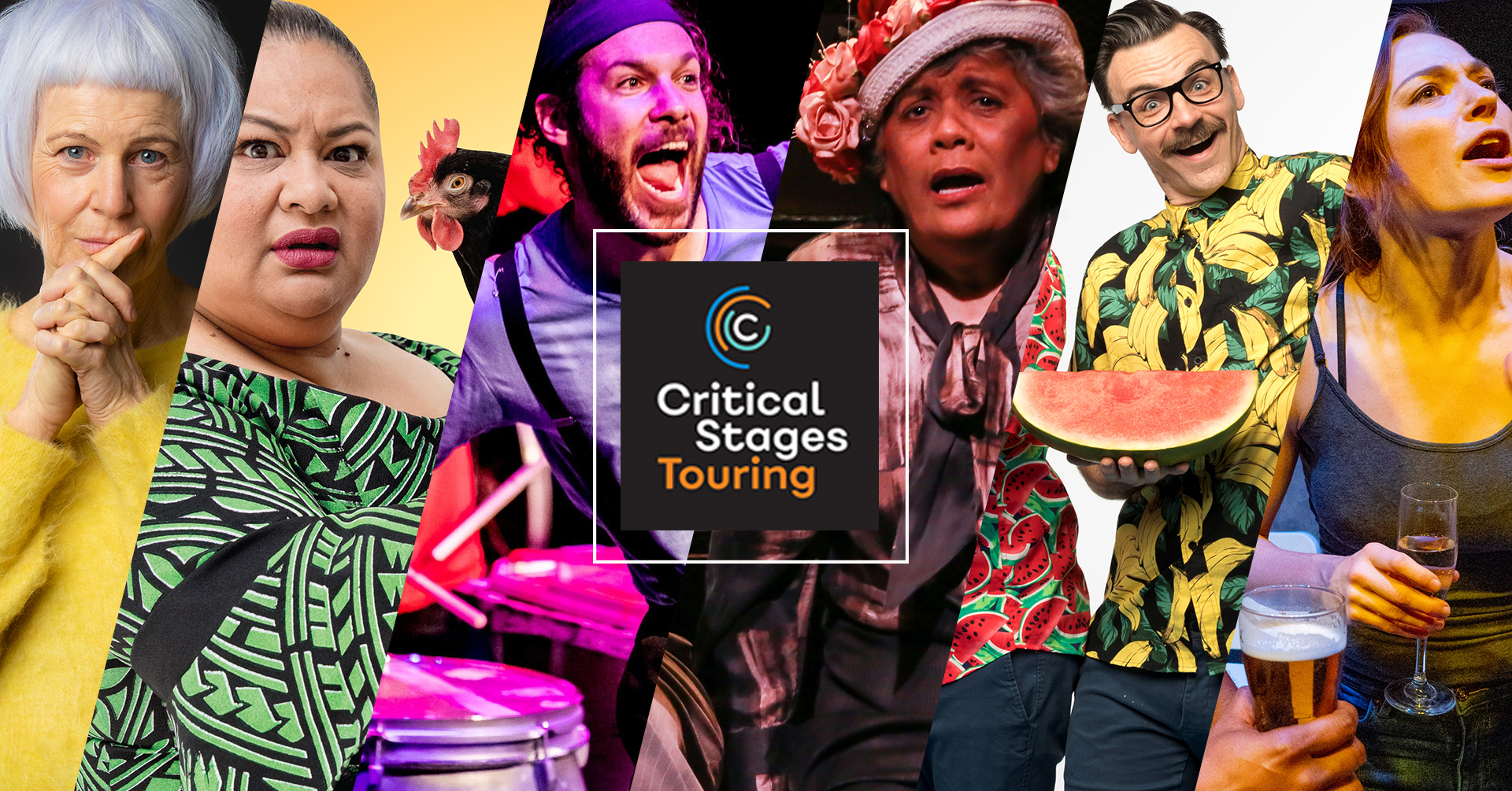 An Ambitious Year of Recovery and Renewal

Critical Stages Touring, Australia’s national touring theatre company, is thrilled to be embarking on a diverse year of storytelling on the country’s stages, driving much needed activity and employment in a creative industry heavily impacted by COVID-19. The full season and program was launched last night at a small industry gathering at The Arts Exchange Sydney, and online via YouTube and Facebook Live.

After a successful start to 2021 with a season at the Sydney Opera House with Hamlet: Prince of Skidmark by kid’s entertainment maestros The Listies, the company is looking forward to getting back on the road with another nine outstanding independent productions from Australia and New Zealand.

The Hon. Don Harwin MLC, NSW Minister for the Arts said, “Theatre and live entertainment will play a key role in the recovery and renewal of the arts and culture sector in 2021. Touring productions that visit our regional communities with outstanding local productions will play an important part in the revitalisation of regional economies across the state. I look forward to seeing a revitalised touring arts sector taking its creations around the length and breadth of New South Wales.”

Highlights from the first half of the touring year include Jane Bodie’s poignant Lamb, a story of family, the land and being the one who stays. The story charts the history of one farming family over two generations, featuring original music and lyrics by Mark Seymour (Hunters and Collectors). The production kicked off an eight-city tour in Frankston VIC to a sold-out audience on 25th February. 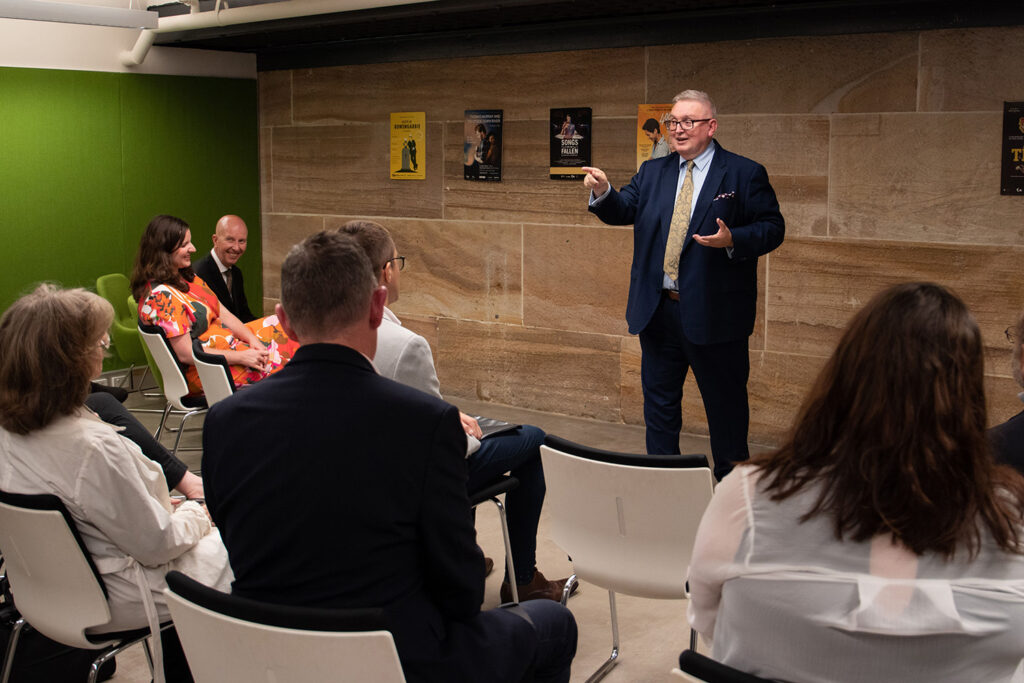 The Hon Don Harwin, NSW Minister for the Arts, addresses the audience at The Arts Exchange Sydney. Image by Parker Floris.

Lamb will still be touring when the company’s biggest show of the year, I’ve Been Meaning to Ask You, produced in partnership with Australian Theatre for Young People, comes to Riverside Theatres from March 17th. The work, created by Brisbane’s The Good Room, features 18 local young people in a revealing one-hour tell-all, where adults take a backseat as this powerful group of 9 to 13-year-olds deliver answers to their burning questions in a joyous music and video-driven theatrical extravaganza.

The Good Room and CST will take the show to another four regional and metro locations throughout 2021, engaging local children and communities wherever they roam. The company will return to Sydney in May with one million rose petals to present their romantically-driven verbatim crowd-pleaser I Want to Know What Love Is as part of the Darlinghurst Theatre Company season. 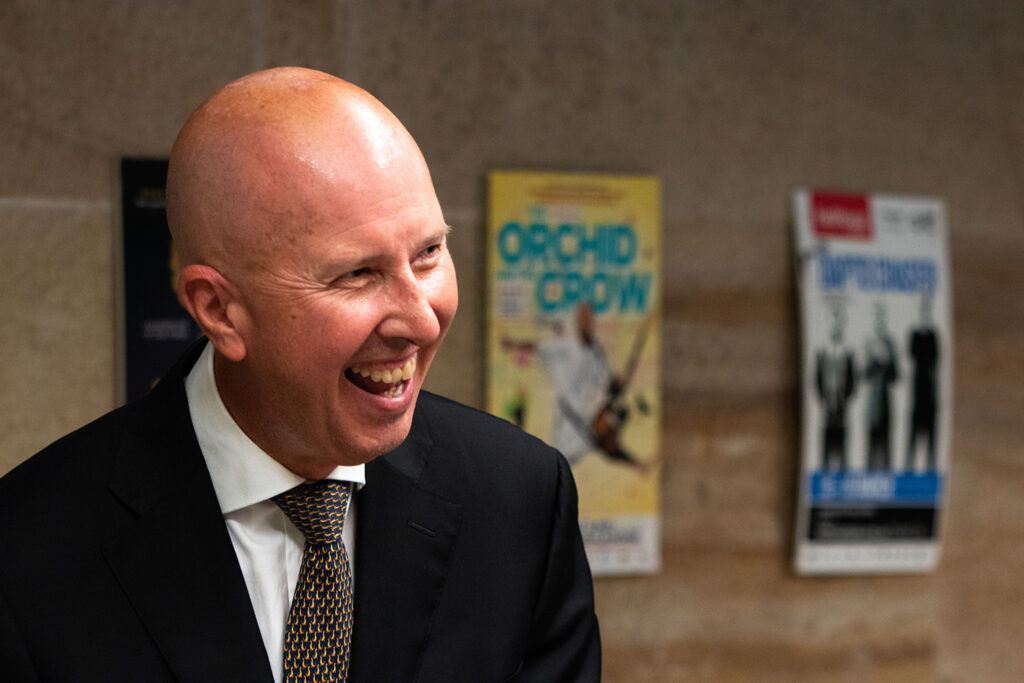 Mark Thomas, Chair of Critical Stages Touring speaks at the 2021 launch at The Arts Exchange Sydney. Image by Parker Floris.

Audiences will also have the chance to catch William Zappa’s critically-acclaimed adaptation, The Iliad – Out Loud, at the Four Winds Festival in April. This epic reading, over three days, will be a highlight for theatre and classic literature fans alike. In June, CST is delighted to be touring Belloo Creative’s Rovers, a contemporary comedy-drama that celebrates the grit and daring of women trailblazers, told by intrepid performers Roxanne McDonald and Barbara Lowing. McDonald and Lowing devised the work with Belloo’s Katherine Lyall-Watson. It will travel to eight cities including Darwin, Geelong, and Shoalhaven.

Drama fans will be thrilled to see that THEM, by multiple-award-winning Palestinian-Australian writer Samah Sabawi, returns to Australian theatres from July with a national tour beginning on the stage of Arts Centre Melbourne. Developed in consultation with people living in conflict zones and displaced by war, this beautiful, and often humorous, new drama tells the story of one young family as they face the decision to flee their war-torn city.

Also slated for the second half of the year is Kip Chapman’s Telethon, a raucous romp designed to engage communities in a live-staged telethon to benefit a charity or cause of their choice. This interactive and excitingly bespoke theatrical event brings the old-school telethon to life with modern technology to create a hilarious, heartfelt, and entertaining show that celebrates community.

And The Listies will be back throughout the year with two works: the hilarious Hamlet: Prince of Skidmark, which will tour to no less than 16 locations across the country; and Rolling On the Floor Laughing So Hard a Little Bit of Wee Comes Out, which lands at Home of The Arts in Queensland for the Spring school holidays. The two shows are part of a much larger program of productions for families that will also include Asking for Trouble’s physical theatre piece FoRT, inspired by the art of play with everyday objects, and The Bottle Collector, a thrilling combination of circus and object-based puppetry where a collection of bottles provides impetus to share poetic images, remarkable physicality and stories of humanity.

Critical Stages Touring will also be continuing, and expanding, their new works and digital development programs, with the four recipients of their new Regional Residencies due to be announced at the launch event. This program connects regional venues with theatre makers to support the creation of new stories for future presentation. 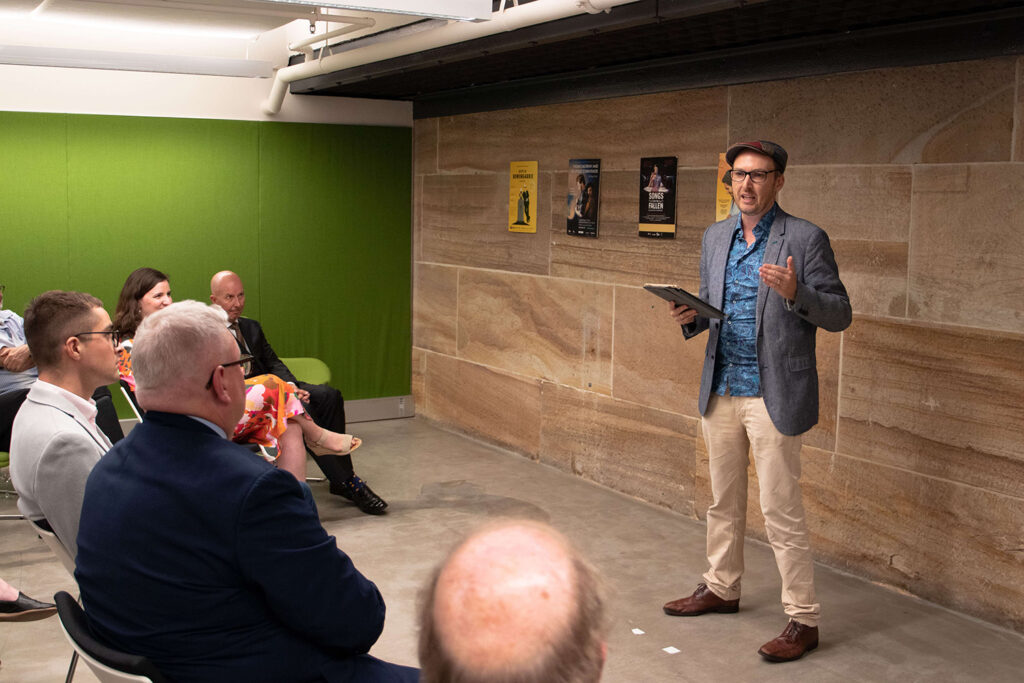 In addition to the Regional Residencies, the company will continue to produce a series of short and full-length productions for their CST Screening Room platform. The platform, designed to help independent theatre makers reach new audiences wherever they are, will produce works this year with Belloo Creative (QLD), Rogue Projects and Australian Theatre Live (NSW), Real Time Media (Playwright Ross Mueller, VIC), and Red Stitch Actors’ Theatre (VIC), alongside the return of the critically-acclaimed Come To Where I Am – Australia, produced in partnership with the UK’s Paines Plough.

Critical Stages Touring CEO Chris Bendall said “After a year of immense challenges, not only for our organisation and artists but for the entire performing arts sector, it is with immense joy that we return to stages around the country. This is without question the most ambitious year of activity that Critical Stages Touring has yet undertaken, and we couldn’t be more excited to bring these outstanding artists and their stories to Australian audiences. “ 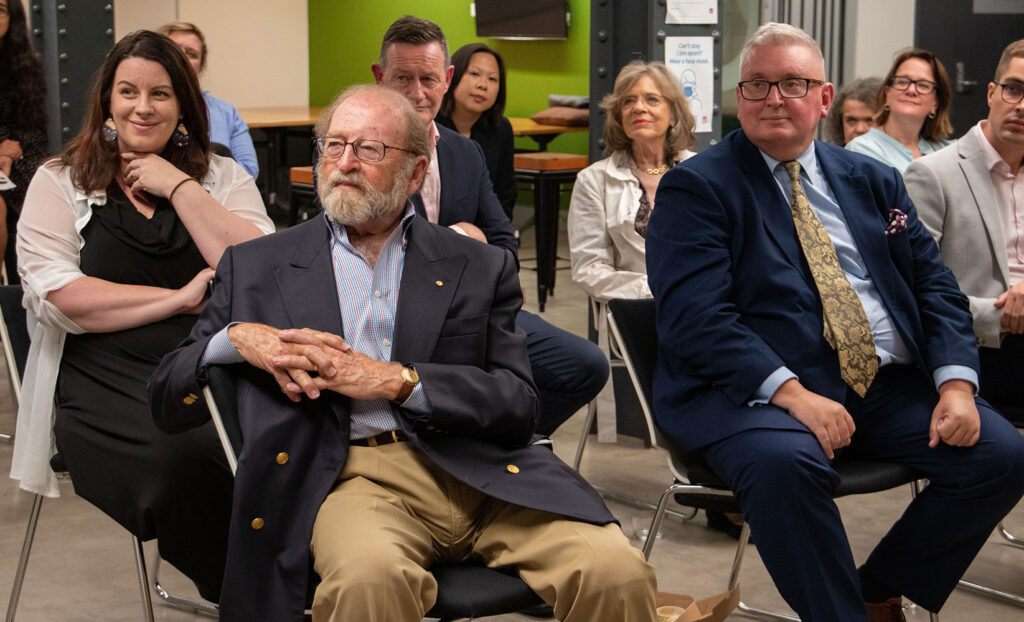 The full season of productions and industry programs was launched at The Arts Exchange Sydney, with special guest speakers the Chair of Critical Stages Touring, Mark Thomas, and The Hon. Don Harwin MLC, NSW Minister for the Arts.