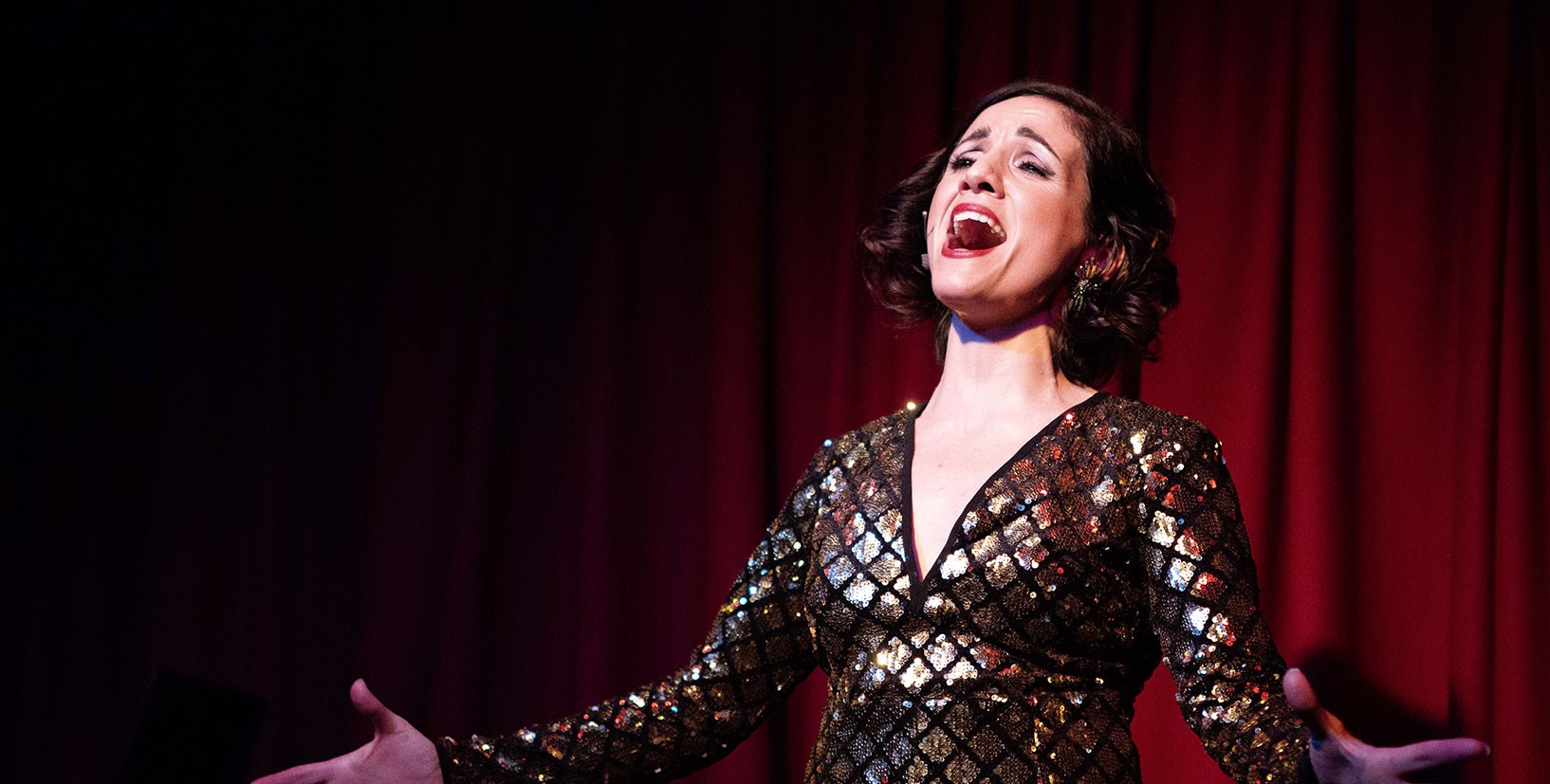 A Migrant’s Son is Streaming!

Michaela Burger’s smash hit cabaret is coming to a screen near you this Spring, with special online presentations presented by Geelong Arts Centre, Drum Theatre, Whitehorse Centre, and the Gannawarra Shire Council this November.

“A heartfelt love letter to the sacrifice, ingenuity and resilience of immigrant families… A true feat of songwriting, the original soundtrack for A Migrant’s Son is one of those exceptional cases in musical theatre where there isn’t a single dud in the track listing.” The List

A Migrant’s Son charts the history, sacrifice, and humour of Michaela’s father Luke. This hard-working larrikin, who migrated to Australia from Greece for a better life, defied all odds to become the man he did. From early morning deliveries for the family bakery at age seven, down opal mines in Coober Pedy at age sixteen, and opening a chain of discount supermarkets in Adelaide, Luke’s road was not one for the faint-hearted.

You’ll traverse 100 years from Russia to the Australian outback, following the hardship, ingenuity, tragedy and triumph present in all migrants’ stories. Brought to life with Burger’s original music, Michaela tells her family story with poignancy, heart and comical aplomb.

“Burger is extraordinary. A singer who can act and an actor who can elevate an audience out of itself into the middle of the story she is conveying” ★★★★★ Glam Adelaide

The original production premiered with a sell-out Adelaide Cabaret Festival season, was nominated for a Helpmann Academy Award, and won the inaugural Frank Ford Award at the 2019 Adelaide Fringe.

This critically-acclaimed show was due to travel to theatres around the country in 2020. Covid and closed borders may have grounded Michaela and the team, but they were still inspired to share this very special story with you. And so, Michaela and the team filmed A Migrant’s Son live at the Hopgood Theatre in Noarlunga, South Australia. This very special live performance is now coming to a screen near you.

Thanks to theatres in Victoria, and the new CST Screening Room, you too can be in the audience to hear Michaela’s beuatiful original music, laugh along with her tales of the intrepid Luke, and experience what it is like to start anew in a land so far from the one you knew.

14th November – Drum Theatre Dandenong
Where: via The Screening Room – Includes a live Q&A with Michaela after the show